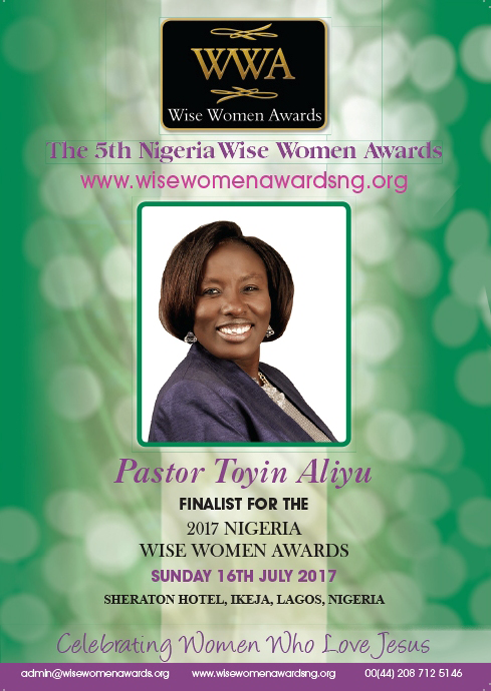 Asides the amazing work she has done in her community, Mrs Toyin Aliyu is a vibrant christian and was ordained a minister of the gospel in 1992. She co-founded a ministry in Jos Nigeria alongside her husband Mr Aliyu known as Kings Watered Garden Ministries. Her ministry is aimed at pruning destinies to the top most, she does this by organizing breakfast meetings every 2nd and 3rd Saturdays of the month in Bauchi and Jos Nigeria respectively. Through her ministry she has empowered over 100 people financially to start businesses, grow in it and in turn empower others, thus creating a ripple effect. She has also given scholarships, especially to orphans and vulnerable children in primary and secondary schools. Paid medical bills for people who can’t afford hospital bills.

She is happily married to Mr Aliyu Ekpoki, and has 3 daughters and 2 sons and they all live in Jos Nigeria.